Today I got my Blank Slate from Blank Slate Climbing. The Blank Slate is a pretty unique piece of equipment that fills a relatively niche problem – mounting a hangboard easily and cleanly (without damaging, marking, or altering walls). The Blank Slate mounts in a doorway similar to common pull up bars like the iron gym. It uses the cantilever effect to mount in a doorway without damaging the door, wall, or frame. By pulling downward on the board (or anything mounted thereon), the beam is pushed into the door frame, and the rear beam is pushed into the wall above the door, and the Blank Slate is secured by simple physics. Despite appearances, the door frame molding is not supporting the Blank Slate at all.

Hanboards (sometimes called fingerboards) were designed to have a variety of holds and surfaces for rock climbers to train finger and arm strength. The benefit of the hangboard over a generic pull up bar is that hangboards offer a much more varied training opportunity for common climbing hand techniques. They are not only designed for strength training in the form of pull ups, but also hangs or isometrics. My particular hangboard offers:

Here are a few shots I took of unboxing and putting together the blank slate. Total setup took less than 20 minutes, and was pretty painless. 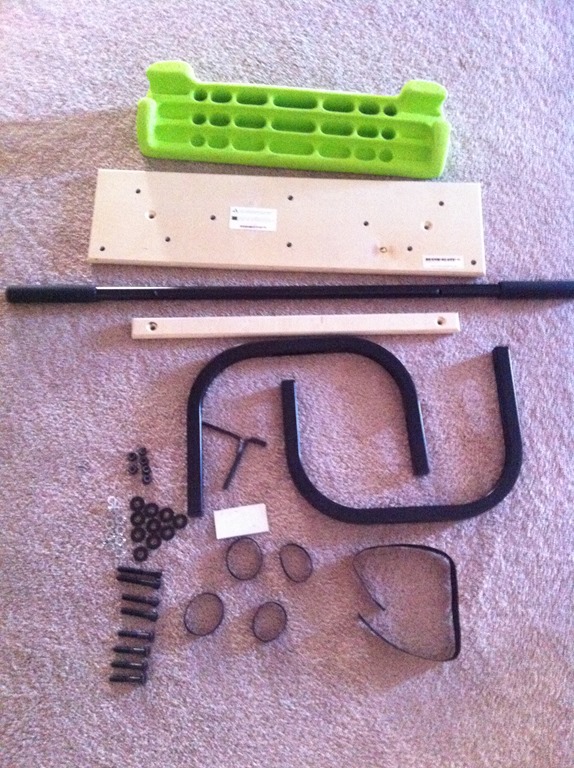 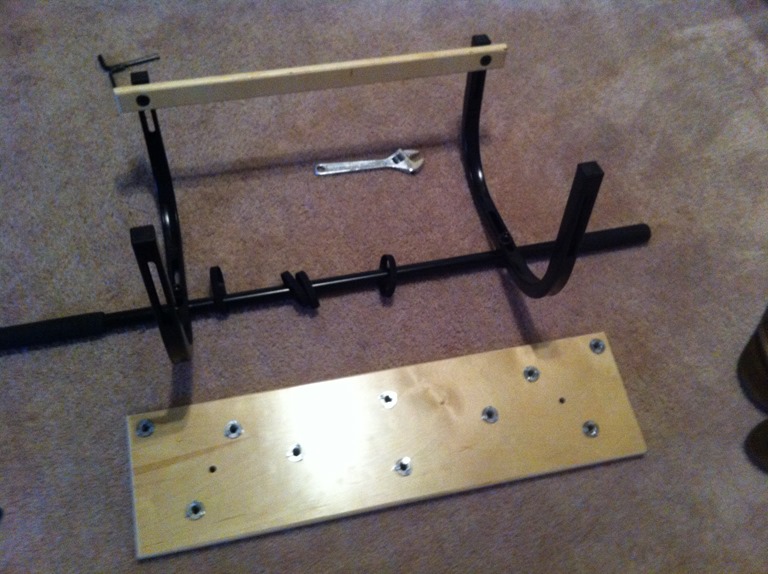 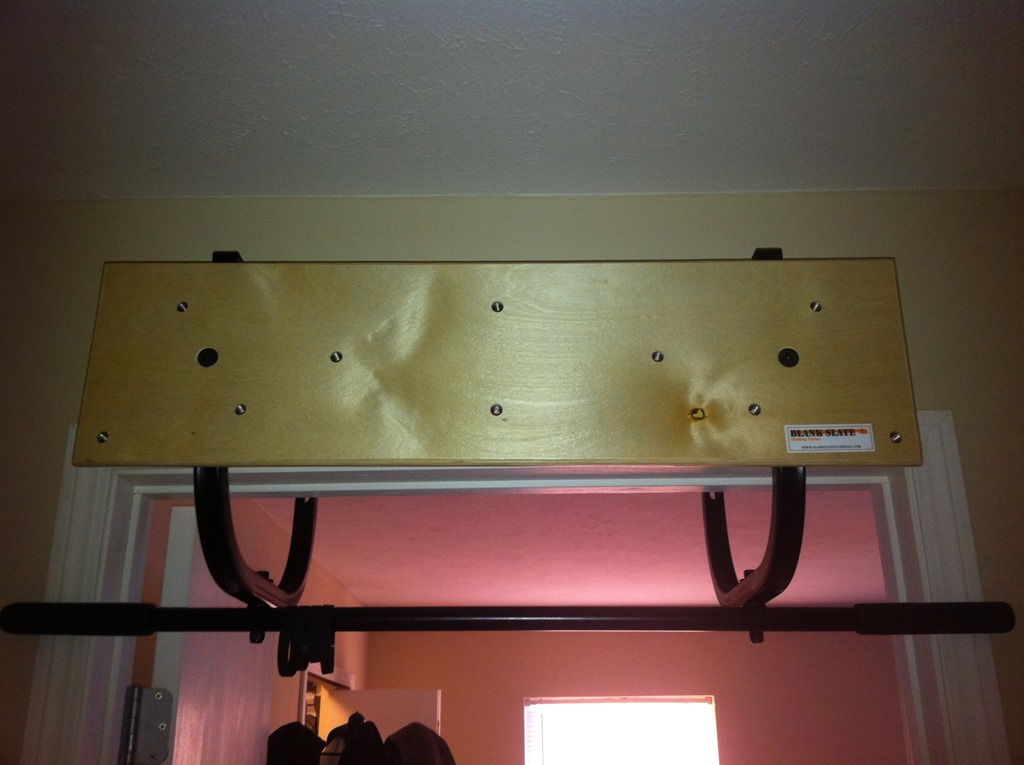 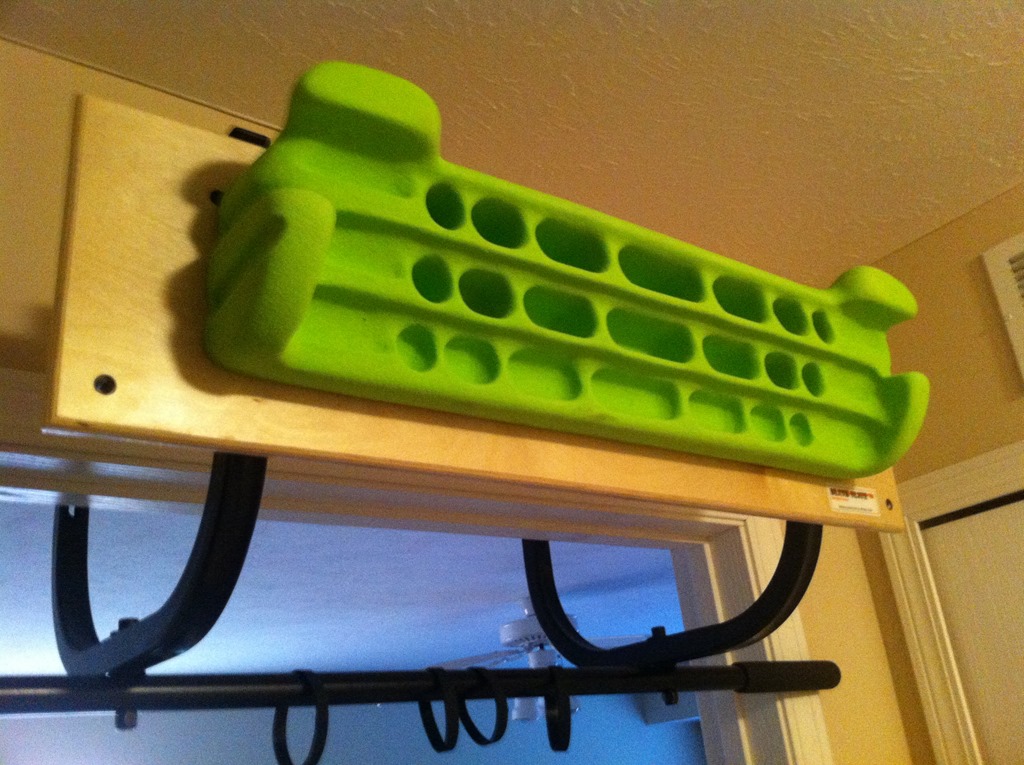