I'm typing this post on my new Microsoft Sculpt Ergonomic Keyboard. This is the latest in a line of highly reviewed ergonomic keyboards from Microsoft. Since I spend a lot of time on the computer - a lot of time typing - I figured that it's important that I get a keyboard that will help elongate the lifetime of my body - wrists, fingers, arms, and back (posture). Granted, it takes a combination of office equipment to help achieve all of this, but a good keyboard can go a long way, especially in the way of wrists (which also happen to be particularly valuable to me, because of my climbing hobby).

The very first thing I notice is that I have a bit of trouble typing on the ergonomic keyboard due to the position of Y and B. On a standard Qwerty keyboard, these are (variably/almost) equidistant from the index fingers of the left and right hands. In any case, the way I learned to type has ingrained some muscle memory to type Y with my left hand and B with my right hand. On the ergonomic keyboard, these are on the opposite sides of the split, so I'll have to re-learn how to type them, in addition to just getting accustomed to the placement of the keys in general.

The second thing I notice is that my wrists actually rest on the padded wrist guard of the keyboard, whereas on my standard keyboard, my wrists are suspended. This has two effects on me. I sweat a lot - when exercising, I tend to sweat more than average; when climbing, I have to use a lot of chalk because of how much my hands sweat; now, when typing with my wrists resting on the padded wrist guard, I can feel some moisture building already. I'm guessing that after a few months, I'll notice discoloration and slight deterioration of the wrist guard where my wrists rest, and that after a year or so, it will start crumbling, if it's anything like old wrist guards. Let's hope not.

The other effect this has is that my Fitbit interferes. I've never been one to wear watches or other wrist accessories until I recently got my Fitbit, but I certainly do now, and I anticipate that I'll end up wearing a smart watch at some point. For the time being, I'm able to slide the Fitbit back on my wrist enough that it doesn't rest on the wrist guard, so it's not a big problem, and I don't have to take the Fitbit off to type comfortably.

I like the way the keys feel. It doesn't have the satisfying click of a mechanical keyboard, but that's never been something very important to me. The keys feel solid, and make a bit of noise, which helps build a bit of a cadence. Being that this post is literally the first time I've used the keyboard, I don't yet know how it'll feel for programming (symbols, etc), but I'm not anticipating any big issues.

Update after a few days of use

I really like the keyboard and I plan on using it regularly. That said, I do have a few minor issues. I don't like the function keys. They're more like buttons than keys, and done feel the same as other keys. The escape key has stuck a couple times. Second, I only use my right thumb for hitting the space bar, and I've noticed that the right spacebar squeaks a bit, especially if I hit it on the far right side, which is natuaral for me.

This weekend, Atlas and I went camping at Stone Mountain State Park, in North-Western North Carolina. Bailey's not big on camping, and we don't have any air pads or air-mattresses, so I told her she was welcome to have a couple days off and just hang out at home with

One of the benefits of fasting and exercise is activating autophagy: the process by which your body "hunkers down" and recycles junk build-up. Learn about the science behind autophagy, how to reach it, and why it's necessary for a long and healthy life. AutophagyThese are kind of a big deal 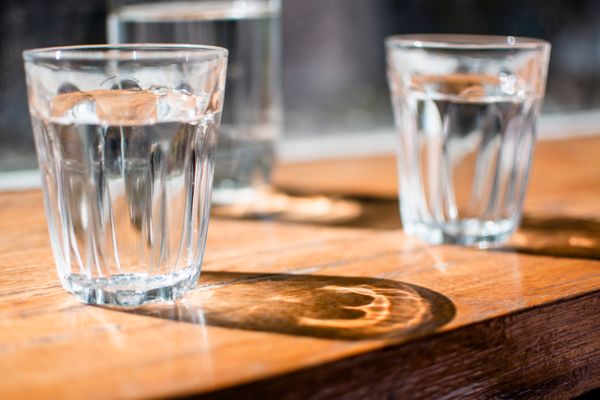 LifeOmic - the company I work for - has a high focus on wellness and health science, with all of our apps having scientific backing. I brought up that hydration would make a good additional wellness "pillar" to our existing 5 of Vegetables, Mindfulness, Physical Activity, Sleep, and Fasting. It