For a while at work I was using an iPad Mini (first generation) for development, and I was able to take it home for general use, too. I finally got my own iPad (mostly because another developer needed the mini for a long project and this left me without a tablet, since I never actually bought my own.

I want to preface the review of the new iPad Mini retina with some notes about the original iPad Mini. Even though it wasn't technically retina, it did have a pixels that were just 50% larger than the pixels in the first retina iPad. This gave it a pixel density of 163 PPI, with very small pixels. Below is a microscope shot of the iPad Mini pixels compared to the iPad 2 pixels. Because of all of this, it wasn't a technically retina display (compare to iPhone 4 at 326 PPI), but in my opinion, still a very good display. I noticed the pixelated look of my wife's iPad 2, but rarely did on the iPad mini. 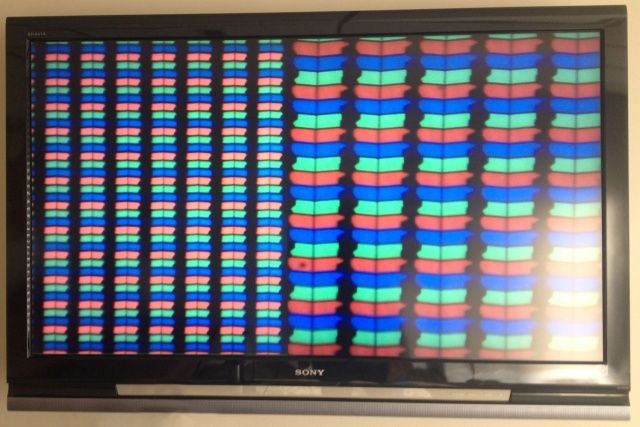 The second note about the iPad Mini is performance. I don't do a lot of gaming, so my use cases are primarily limited to web browsing, reading, playing low-intensity games, drawing/taking notes, and using FaceTime. For all of these things, it performed very well, but never felt as shockingly fast as my iPhone 5. The iPhone 5 has a 1.3 GHz dual-core ARMv7s processor (Apple A6), where as the iPad Mini 1 had a 1 GHz dual-core ARMv7 processor (Apple A5). Occasionally my taps would get ahead of the device, or there were noticeable lags in things like settings changes, control center, AirPlay, and app switching.

The new iPad Mini with retina has a 1.3 GHz dual core 64 bit ARMv8-A processor (Apple A7) with co-motion processor, as well as an upgraded graphics processor with cores doubled to four. It uses that power well, improving the snappiness of the device all around. Games look and play sharp. Particularly in the first seconds of loading, there's no more jerkiness or hangs. The display is great - photos, videos, and games.

To really test the processor and graphics ahead of what I usually use it for, I downloaded EA's Real Racing 3. I still noticed a bit of stuttering in the intro video, but it played very well, and looked great.

I've played about 8 hours of Oceanhorn on the retina iPad Mini and have thoroughly enjoyed it. The tablet is large enough that I get a good view of everything going on and can see level details, large enough that my thumbs don't block too much of the screen while using the controls, and small and light enough that my hands and arms don't get tired of holding it up. I did notice that one corner (processor?) gets particularly warm after extended use, but it's not untouchably hot (plus you can just rotate it 180 degrees for a refreshing cool touch.

The cameras are still the pretty-average ones from the iPad Mini 1.

I can't stress more that the top of the line hardware would be useless without the amazing experience of iOS 7. I opened the box, powered on the iPad, signed in, and went to sleep. When I woke up, all of my apps, settings, and data were restored from the previous iPad. If I hadn't used an iPad before, I could have restored from my phone's backup to much the same effect. I don't disagree with everyone who says that iTunes is a nightmare - but the iCloud backup has been the smoothest backup/restore process I've ever used - PC or mobile. Combine this first-class device set up, with tons of amazing, high quality apps available for iOS, and the iPad Mini's great new hardware, and you get a pretty incredible tablet.

Being into woodworking and tree identification simultaneously is super problematic. I want to use trees and save them at the same time. Another frustration is that lumber folks and tree science folks do not agree. The most popular lumber tree in the Western United States is the Douglas-fir (the dash