This past weekend I completed my first outdoor lead climb. I only got to lead once, because it started getting crowded, and we only had part of the day, but it was great. We went up to Pilot Mountain, which is about an hour and 45 minute drive. Climbing on Pilot mountain is pretty popular, and there are lots of established routes.

We warmed up by setting two top rope anchors on some 5.7 routes, then moved over to Black Rain, which would be my first outdoor lead. Especially exciting was that I climbed it first, so I got to experience adding adding clips to the wall before clipping my rope, making it seem even more legitimate. Black Rain is a 5.9- route (which has some variability to make it easier toward the beginning, but for a short climber on lead, I think it's definitely a 5.9-). I was able to on-site it, which felt pretty awesome. The first couple clips felt a little uncomfortable, but then there's a small ledge to break before moving on. The rest felt awesome.

Tim took a GoPro video of him climbing this problem just after me (he left the first three clips roped before his climb, since those were the sketchiest part of the route).

We did a little bouldering, then moved to a 5.10- called Papa Bear which I wasn't able to finish, because of a long, hard move that was just too much for the end of the day. Here's me, just under the roof move that I didn't end up finishing: 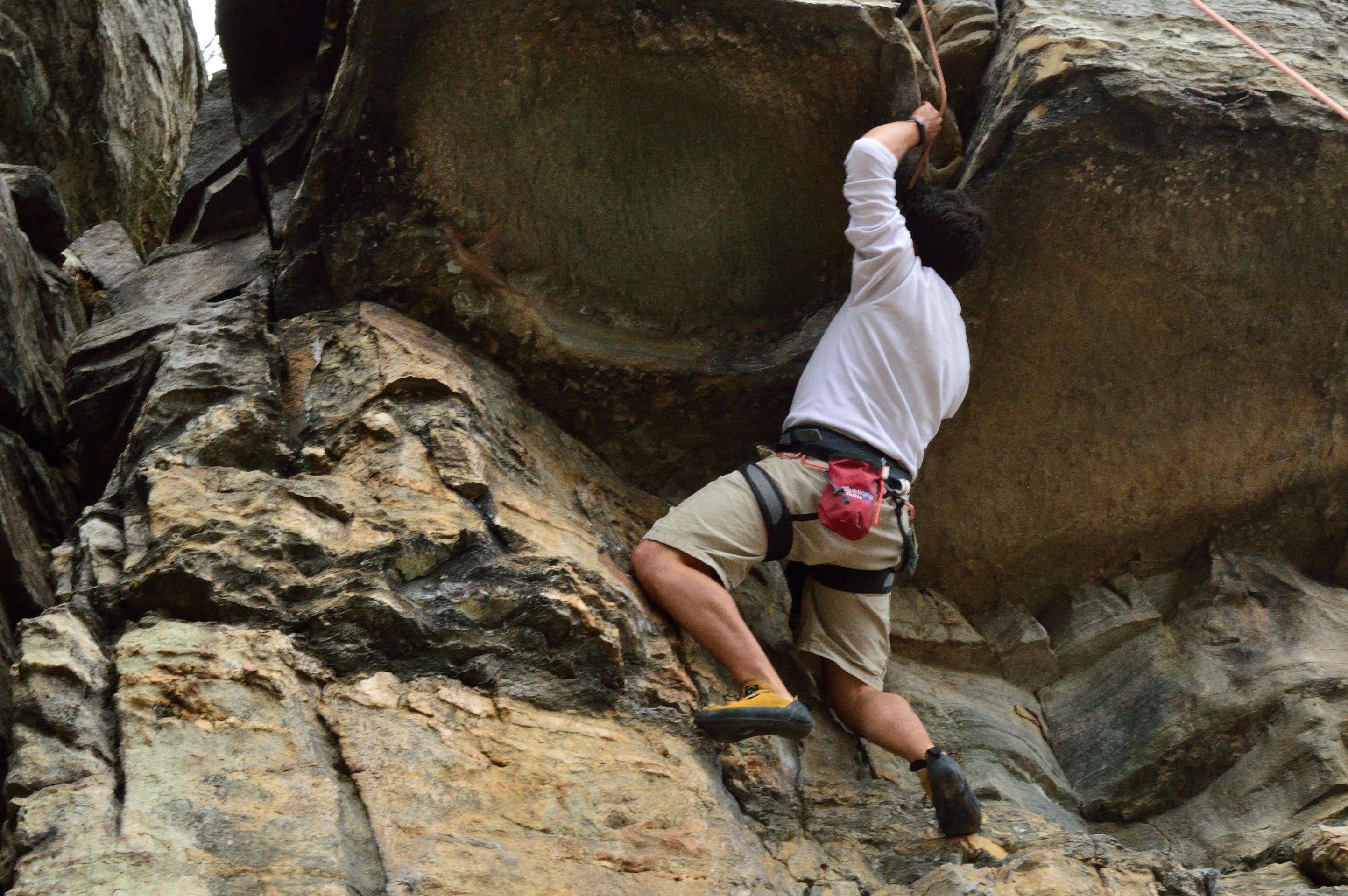